View the song lyrics of the Album

Embedded pdf file may not be viewable on some devices.

Send the Light album conception began in the 1980’s. Inge began to write Gospel music and copyrighted songs that are now a part of this album. Inge originally had a cassette made of some of the songs that was mainly used as a demo. Some songs also became a part of a Pentecostal Church of God album of Christian worship songs. All songs were originally recorded on a “TASCAM 388 STUDIO 8” reel to reel 8- track, which was later destroyed in a house fire. We were able to extract songs from a 4-track cassette player and a mixdown of a 2-track reel unto an Alesis XT20 ADAT. After having gone through two ADAT machines, we had the album completed but had difficulty in the mastering process of the album, so the project was left unfinished. It was not until 2007 when Inge got inspired to finish the project.

In July of 2007, while on vacation in Long Beach, Washington. We drove south from Long Beach to visit the North Head Lighthouse at Cape Disappointment State Park in Ilwaco, Washington. The lighthouse was built in 1898 and has guided many mariners approaching from the North into the mouth of the Columbia River. Inge took pictures and even got to tour the inside of the lighthouse itself. After coming home Inge had an inspiration of using the lighthouse as the image for the album cover. I got the title for the album after researching many older hymns. I found a hymn titled, “Send the Light,” written by Charles H. Gabriel. It was said that “Send the Light” was Charles Gabriel’s first widely acclaimed hymn. There is no date of creation for this song, but some believe it was written in 1890. I have never heard this hymn sung in church, and it was not in the hymnal at the church I attended. This song was in the Living Hymns book compiled by Alfred B. Smith, which was given to me by a pastor at the Bread of Life Mission in Seattle, Washington. This “Living Hymns” book was used on a daily basis at the Bread of Life Mission, and I still go to this hymn book to seek out hymns I love to sing. “Send the Light” may have been a forgotten hymn, but I love to sing it because no matter what day or time it is, there are souls to rescue and souls to save somewhere in the world.

We need God’s grace to abound everywhere and a Christ like spirit of love to send the light out to the world. After serving at the Bread of Life Mission as a Chapel Ministry Leader, the call to send the light was a heartfelt message to all believers. Inge along with her husband Ted started a music evangelistic outreach ministry under the name of “His Love Ministry.” In the late 1980’s that ministry centered itself in sharing the Gospel at the Bread of Life Mission on a monthly basis. The songs listed on the album convey the message of the Gospel of Christ in building hope, faith, and love. These songs were chosen by special request through the years from men that have walked through the doors of the Bread of Life Mission. This album is a testament of God’s loving care that even today, it continues to bless individuals around the world. Each song is a testimony of the Christian walk and journey. We do not need to carry our burdens alone; we give our burdens to the Lord. We unload our cargo upon him by taking it to the Lord in prayer. We pray for our needs as well as those who not only need the good news of the Gospel, but food, and shelter.

As the album came together it was sent out for final mastering through Disc Makers who worked at making the album come to life. “Send the Light” album was released on December 13, 2013. This album is unique and if you receive a CD copy of the album, it will be a blessing. If you desire to have a CD of the album, please write to Inge Schultz at P.O. Box 497, Black Diamond, WA 98010 and enclose any amount of donation for the shipping of the CD. This is greatly appreciated. 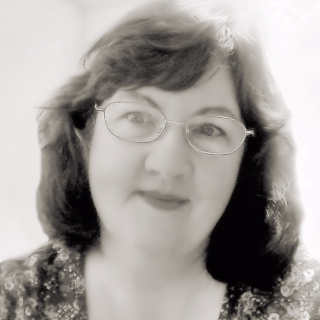 I am a woman who wears many hats. I have taken on many different roles in life, hence the woman who wears many hats. I love to learn new skills to share and enhance the quality of life. Today, I am a Wife, Mother, Musical Artist, Blogger, and Crafter. I love to be creative and watch how the process and development of making something is brought into completion. It is like a flower bud that unfolds and blossoms into a beautiful display of form and colors.